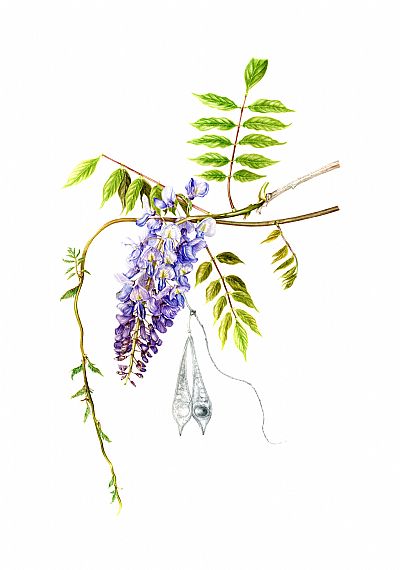 Originally, botanical illustration was a scientific method of recording the characteristics of plants in a highly detailed and accurate manner. Before photography, botanists would scour the world for new species and take with them an illustrator to faithfully record each plant so it could be logged for posterity.

Each plant will have a Latin name based on a system devised by the botanist Linnaeus and representing its genus and species.  Often a third name is added where there are closely-related forms.  It is vital for the botanical artist to be absolutely accurate and record the parts of the plants to scale and with a precision and level of detail that will serve to allow it to be recognised and differentiated it from other species.

Despite developments in photography, there is still a need for this kind of illustration.  The composition of the work can be manipulated slightly to show features that may not come through in photographs or which are not visible simultaneously in nature.  Outline drawings serve to represent elements of nature which cannot be seen in reflected light.

The botanical artist will not only have trained in painting techniques but also in botany itself in order to bring science to the illustrations.

The example on the left is Julie's illustration of Wisteria Chinensis